Nestled in amongst the banksia trees and coastal scrub on the Silverleaves foreshore is a pair of glistening red fins – a bold response to the client’s brief for “a grand gesture on limited means”. The client repeatedly mentioned she was going to plant loads of the local ruby-red bottlebrushes when the house was finished and wanted the home to fit in with the landscape.

I love being in the living areas, there are special little features everywhere that often bring a smile to my face — Client

We suggested red glazed bricks, highlighting the colour from the flowers rather than the greenery. Similarly, the soft pink in the kitchen of Finn House was an heirloom colour for the couple – the same one they’ve used in every house they’ve renovated. The project also inspired by Ad Reinhardt Red Painting 1952.

Whose Country is this Project on? 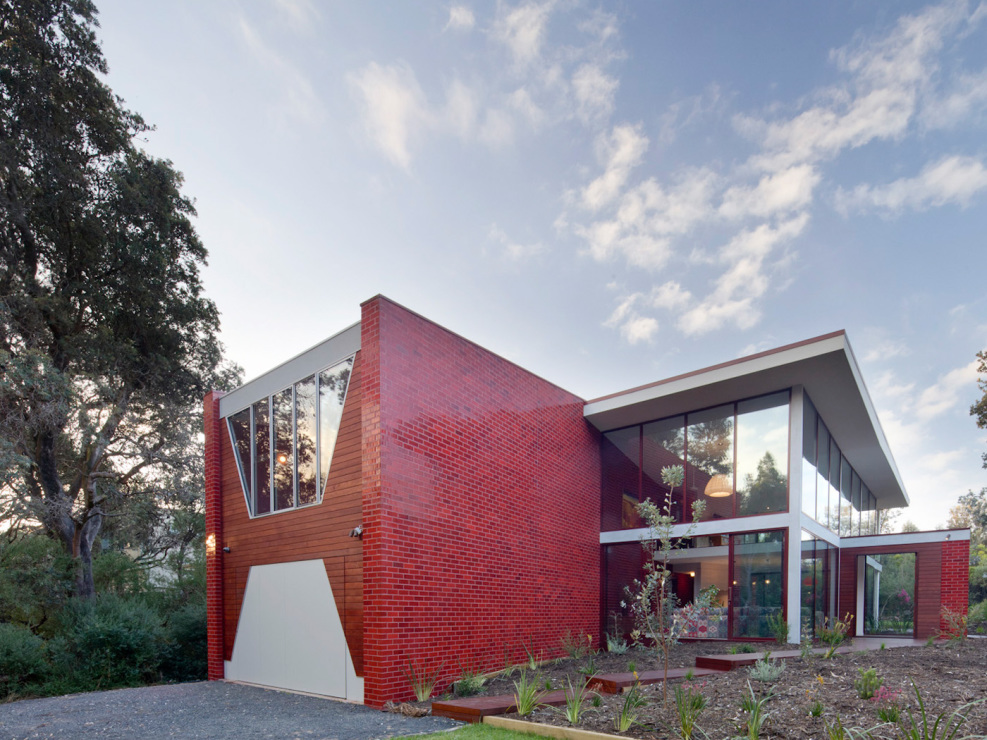 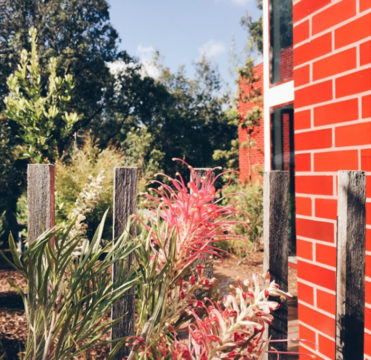 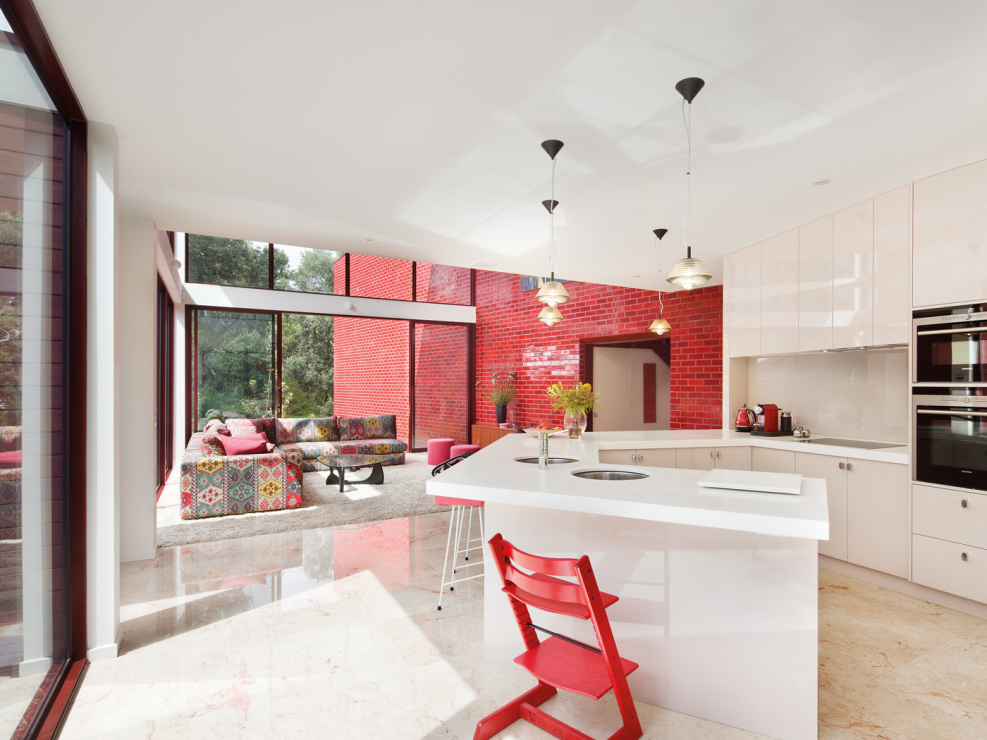 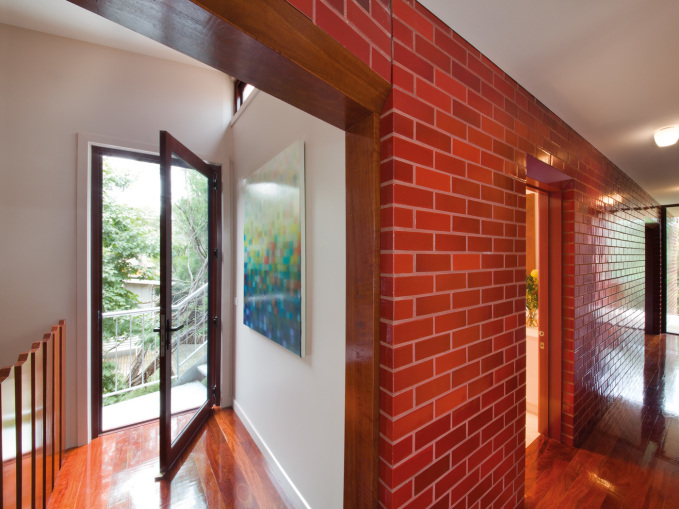 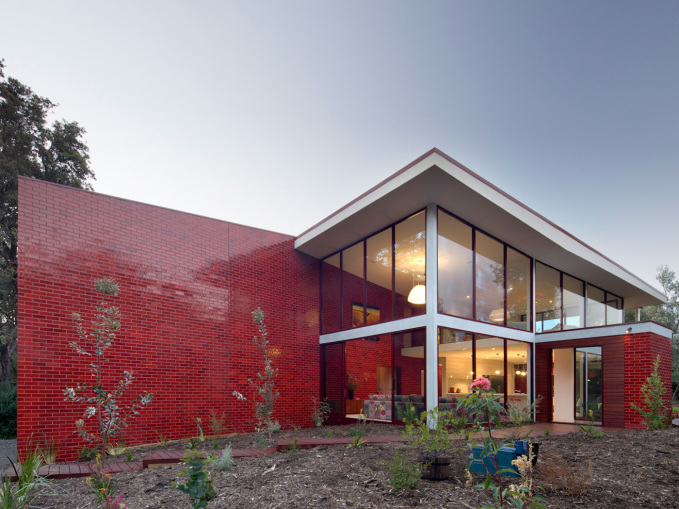